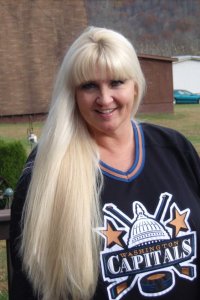 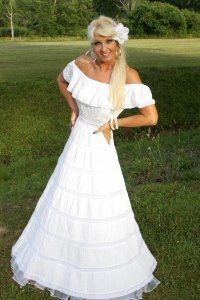 “After losing 80 pounds... I decided to enter a pageant once again.”

*Specific results are not guaranteed. So the neat thing is, your results may vary, because every woman is unique, of course.

I have said it before, and I will say it again. “JOEY ATLAS HAS CHANGED MY LIFE!”

Feeling and looking like a (big) lazy slug, tired of failed attempts at being healthier, I was so aggravated. Then I discovered Joey Atlas. When I first got involved with his Methods, I felt intrigued, because it all seemed different than anything I had ever seen or heard before.

As a young woman, I was able to stay in great shape by eating healthy, working out, and running after my two sons. However, here I was, middle-age, kids grown and in college, and years had slipped by, and I had let myself go, and no matter what I did try; NOTHING was working. I counted calories, choked down salads, vegetables, yogurt and granola bars until I was sick of it all. But I didn’t give up. I still had hope I would find the thing that would work for me.

After a long talk with my sweet husband, we decided to make an entire lifestyle change. My sister had just had a stroke in recovery from surgery, and diagnosed with diabetes. Major wake-up call with this, so I decided to give the Symulast method a shot. Now, to be clear, I had never met Joey in person, but when watching his instructional primer video, I immediately felt a strong connection. It was easy to trust him.

Here was an energetic, compassionate, well-educated fitness professional who actually made sense – a lot of it; and thus, my journey began! Eating became a targeted blessing of taste and nourishment as I began a clean anti-diabetic meal plan, while following the new program. Keeping my own activities the same in the mornings, and enjoyable fitness walks with my husband in the evenings, I simply added Joey’s unique routines several times a week. And WOW, I was NOT in the shape I though t I was.

These precise, trouble-zone and problem-area focused movements were pleasantly challenging; and I could feel all my muscles being re-activated – important muscles that I was neglecting for years – which was a key reason why my body got into the bad condition it was in. After a week or so, my energy levels went up, and so did the ease of not just how I performed these movements, but my own activities and walks started to become easier and more enjoyable – as if I was getting younger! But the shift wasn’t just physical – there was a mindshift happening through this – a very positive and powerful one. Truthfully, I had been ready to give up, but not anymore. I realized I was in control now. My health now had direction and my fitness had a purpose. Soon I began to double Joey’s methods, and with the mindful eating he teaches, fin ally, finally could see results! I sincerely mean this, the energy, motivation and direction I found from Joey have c hanged my life.

After losing 80 pounds, and my hubby losing 60 with me, I decided to enter a pageant once again. After being crowned World’s Classic Tourism Miss WV, 2014, I went on to win World’s Classic Princess 2015 at the national pageant and here is the kicker, I won Photogenic! Pressing onward, I again entered a national pageant as US United Mrs. WV 2015, of course – still doing Joey’s methods, still feeling the power, and was recently crowned the cove ted US United Ambassador Queen 2015. Not only that, but I was confident enough to wear a fabulous gown, competition wardrobe, and was awarded “Best Interview Outfit” after donning a tight white dress. In fact, in lieu of a “Send off” party for the national competition, I asked instead for an elliptical to add to my fitness arsenal.

Joey, my husband says you have created a “Fitness Beast!”, lol. Not only am I seeing the reward of all this in my husband and son’s eyes, but I have gained so much respect from all my co-workers, extensive pageant family and friends . I have always said, “Those who do, do, and those who do not, talk about it!”

So a word of advice, no more talk of “I need to…”, just join the SCULPTAFIT community, give yourself a chance to benefit from a powerful and innovative method created for you, and discover your own fabulousness, energy and motivation. Do not hesitate, because you WILL experience realistic, enjoyable results, and you’ll want to do this forever once you feel and see the difference in yourself.

Don't EVER Miss an

You'll be sure to get:

YES! Contact me today to schedule a FREE no obligation consultation and trial workout.