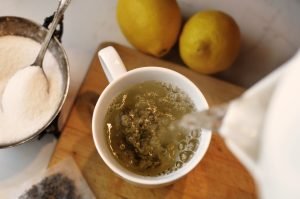 Wouldn’t it be wonderful if you could eat certain foods and you’d lose weight automatically. Well there are some foods that burn more calories than they contain. These top fat burning foods won’t make up a balanced diet, but they can be added to any diet to boost the results of healthy eating and regular exercise. These foods may have few calories and require more calories to digest than they contain or be thermogenic and build up heat in the body and boost the metabolism for hours after eaten.

Drink your way to a slimmer you.

No a bottle of wine or a martini won’t make you thinner, but some coffee or green tea might. Both green tea and coffee contain caffeine, although green tea contains less. Caffeine can boost your metabolism by as much as 13 percent. Depending on the strength of the coffee, between one to four cups will provide fat burning effects. One study showed that people who drank coffee before a workout could workout 17% longer than the group that didn’t. Another study showed that men who drank green tea before bicycling boosted their fat burning significantly.

Hot Chili pepper work in a number of ways to help you shed fat.

You probably already guessed that this is a thermogenic food because of its hot, hot, hot nature, but it’s also a low calorie food that requires more calories to digest. Chili peppers contain potent antioxidants that also help your body fight free radicals that can damage cells. Capsaicin is one of the antioxidants. If the name sounds familiar, like the same as a favorite muscle pain reliever, it’s the primary ingredient in that mix, with aspirin being the other. Capsaicin warms your muscles like it warms your insides, helping you to lose weight. It not only reduces appetite, it helps you boost your metabolism, too.

Could oil be a fat burner?

Did you ever think that something like olive oil could be a fat burner? Well it is. In fact, not only is it one of the world’s healthiest oils, it puts your metabolic rate into overdrive and helps you lose fat. When added to a diet, it makes you feel fuller faster and longer, so you eat less. One study showed that it helped boost the metabolism for several hours after a meal it contained and burned significantly more calories.