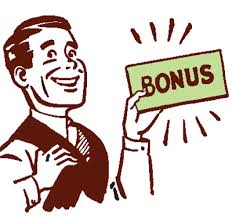 It doesn’t happen very often, but every once in a while I get a client that actually wants to workout to improve other things, like their vision or their cognitive skills. It’s true, working out makes your brain fit and can boost your mental powers dramatically. While everyone has the vision of the muscular athlete that has a box of rocks for brains, in reality, it’s just not true. Most athletes, particularly college athletes and pros, are extremely intelligent. One reason is the exercise they get and the experiences they have as athletes.

Your IQ changes. Unlike the past, where children were given an IQ test and then classified forever by that score, today we know there’s such a thing as brain plasticity. Neuroplasticity is the ability of the brain to continuously change throughout life. In the past, it was thought that all the brain cells you’d ever have were there at birth. Now, we know that new neural pathways and cells are created and one way to do that is through exercise. Exercise increases plasticity and can increase your brain power.

You’ll build your hippo-campus when you workout.

There’s a lot of studies looking for ways to improve the brain and fight dementia, which has been increasing worldwide. One study from the University of British Columbia found that exercise that raises your heart rate and causes perspiration makes the hippo-campus bigger. The hippo-campus is the part of the brain responsible for memory, the nervous system and emotions.

Inflammation plays a huge role in many brain diseases, including Alzheimer’s disease. So, you can see that by reducing it, it immediately can help your brain. The body releases growth factors when you exercise and those help create new cells and vessels in the brain. Insulin resistance not only affects your body, it affects your brain. While the brain is considered insulin-independent, insulin is necessary to maintain energy homeostasis and maintain glucose. If the body has insulin resistance, it can lead to cognitive damage and dementia.